PETER HOSKIN: Swing into action with a loveable scoundrel

Once upon a time, game designers wondered: what if Jones were a woman? Thus was born Lara Croft.

Then, some years later, they thought: what if Lara Croft were a man? And that’s when Nathan Drake came into being.

Or perhaps I’m being slightly unfair to Drake, the star of the Uncharted games and now a Hollywood movie.Over the past 15 years, he’s become his own character: a blue-collar thief with both a heart and a likeable group of friends.

And those qualities have never been better displayed than in the Uncharted: Legacy Of Thieves Collection, which has just been released for PlayStation 5.

This isn’t a new game, but rather a union of two previous Uncharted titles, both upgraded for Sony’s latest console: 2016’s Uncharted 4 and 2017’s Uncharted: The Lost Legacy.

These were already beautiful games, full of expressive faces and expansive vistas, so it is a little difficult to work out what the upgrade has achieved.But if you want to see Uncharted at what is technically its best, that’s what this collection offers.

It also offers, in Uncharted 4, a fine summary of the series’ charms — and conclusion to Drake’s story. It has you, as him, clambering around ruins, shooting at baddies, and swinging from one cinematic action sequence to another, in a way that’s more comforting than it is challenging.

But it’s Lost Legacy that is the real draw; a tauter and more audacious experience that stars Chloe Frazer, Nadine Ross and the tree-capped mountains of south-west India.

And it asks a question for the future of Uncharted: what if Nathan Drake were a woman?

Life really is strange.I could have sworn that the first game in this series was released about three years ago.

But, apparently, it’s been seven years — and now the original Life is Strange is being released in a remastered collection with its companion title, Before The Storm.

Much like the Uncharted collection, the graphical upgrades are less than obvious — and there may even have been some unintentional downgrades.

Playing on my PC, I ran into a number of bugs that made things look… weird… and that accentuated the creakier aspects of the games in general.

Still, Life Os Strange and Before The Storm established a template for later, more refined games in the series, such as last year’s True Colours: an earnest teenage lead, a side helping of the supernatural, and a small American town full of mysteries. 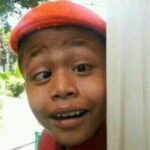 Now if only I could work out where those missing years went.